While working as a model, Jean discovered her interest in dressmaking and began to pursue a career in design. In 2011, after three previous attempts to enter the Vogue Italia talent contest, “Who Is On Next”, Jean won the competition and garnered the support of industry heavyweights like designer Giorgio Armani and critic Suzy Menkes. Jean launched her namesake brand, using her mother’s maiden name, and sold out in stores like MatchesFashion. She has since dressed the likes of Beyoncé, Rihanna and Zendaya.

In recent years, Jean built a sustainable development platform, Laboratorio delle Nazioni, for which she was appointed a UN Goodwill Ambassador, and founded We Are Made in Italy, a diversity and inclusion consultancy platform in fashion. Jean launched the first diversity board for Camera Nazionale della Moda Italiana (CNMI) and is returning to the official Milan Fashion Week schedule this September following a two-year hiatus in response to the MFW schedule’s lack of diversity. Now, she shares her career advice.

What drew you to work in the fashion industry?

SJ: Having been born in Italy in the early ‘80s, I struggled with being so different from almost everyone I saw around me. [I was the] only Black girl in school, at swimming lessons. I was truly motivated to find a way to show […] people not to be afraid of different cultures, but to instead see these inherent differences as opportunities.

Fashion [is] a tool of counter-colonisation against any terms and forms of cultural segregation. I started out as a fashion model and from the very first time I set foot in a fashion designer’s studio, I knew I was in my element — it was my place. I managed to match up with an Italian seamstress I met during a fashion show, who was able to translate the fabric that I would drape either on a mannequin or on myself, because I didn’t know how to sketch. So I began experimenting with my very first fashion collection with her.

Is formal training necessary to become a fashion designer?

SJ: Obviously, [you should] study as much as you can, but what has been more useful I think to me is every hour that I spent in the atelier, in the factories, with the weaver, with the embroiderer. This [was] the moment I understood what was behind these beautiful garments, the meaning of them and, sometimes, the problem of making them. It’s really important to follow the process [from start to finish].

What is a challenge you overcame early on in your career?

SJ: Before making it to the final round of [the Vogue Italia contest] “Who Is On Next”, my application failed three times. That was one of the best lessons the members of the jury could have taught me — there [is] no wall in existence that could not be transformed into a door when you truly believe that to be so.

When the time to [apply] a fourth time [came] around, the talent scout of the competition, Simonetta Gianfelici, said, “We understand you [do] not lack tenacity and stubbornness — but if you really wish to apply again, try to bring something that is yours and only yours, something that is unique.”

[That was] the very moment I decided to share what I had until that point always believed to be my weakest and most vulnerable aspects — I decided to tell my story through my collection, representing my Black-Haitian roots. […] From that day, my Achilles heel became my source of strength and my launching pad.

What advice do you have for entry-level talent looking to stand out?

SJ: I [advise against] viewing work as a race or a competition. Those on my [front, left and centre] are not competitors — they are colleagues. If we are good enough and foresighted enough, we can even become allies, because if each of us starts with our own work and our collections to tell our own story or trace our personalities without mimicking [each] other, we will naturally become complementary forces that combine strengths, skills and resources. Unity [is] always a strength, especially when it’s committed to an equitable distribution of opportunity.

Share your story, even if your story is comprised of failures. We need failures to succeed.

Don’t be intimidated, [stick] together, stay united. We are not islands, we must remain united no matter how small we are as independent and emerging creatives, or how far away from [influence] our voices may seem. […] Be transparent — it’s necessary to replace outdated communication strategies with your own narrative, told in the first person. Share your story, even if your story is comprised of failures. We need failures to [succeed].

What is an essential skill to be a fashion designer today?

SJ: It’s important to control and maintain the ability to personally manage the business in every aspect, not just the style. As creatives and artists, it is paramount that we stop [believing] the false notion that our job is to do exclusively the creative part and nothing else. Nothing could be farther from the truth in 2022. We are not free to create [when] we are bugged down with deadlines or late payments. Solid administrative management should be the first [priority].

SJ: [Following “Who Is On Next”, my] collection was promoted by the late editor-in-chief of Vogue Italia, as well as Suzy Menkes and members of the jury. [By] doing so, these individuals [changed] the course of my life.

[Knock] on all available doors, and [present yourself] with great humility and resourcefulness. On the other side, someone needs to open these doors and offer the time, to lend an ear and share valuable lessons from their experiences. [Give] mentors good reasons to open these doors.

How do you balance the need for sustainability with the demand for speed-to-market as a designer?

SJ: During the pandemic, [the industry] made many promises — that we will slow down, that we will change our production [methods]. [But now], we are back to the exact same rules.

I am trying to keep those promises, [internalising the fact] that nobody will die if instead of making 4 collections [a year] they only make 2, or instead of [producing] 250 SKUs, they make 100. This is not to say that a slower pace is not indeed a matter of life or death. By pressing forward at all costs, we run the risk that the earth will take the time it needs on its own again.

How does one break into fashion?

SJ: I’m of the opinion that opportunities to break into fashion only emerge by having the courage to create new paths with a vision [that is] unique and an unmistakable personal narrative. Therefore, the formula to success cannot be conceptualised because it is unique and relative to each individual who has the courage to share their personal visual story — even [if] what they have to say is not pleasant, or if their truth directly opposes the glamorous modus operandi — that has characterised the fashion world since its inception.

Using fashion to tell stories of multiculturalism is what I did from the beginning through my style so many years ago. […] Many complimented me for this “daring exercise in style,” but it was by no means an exercise in style — it was a story.

Disclaimer: This interview has been edited and condensed for clarity. 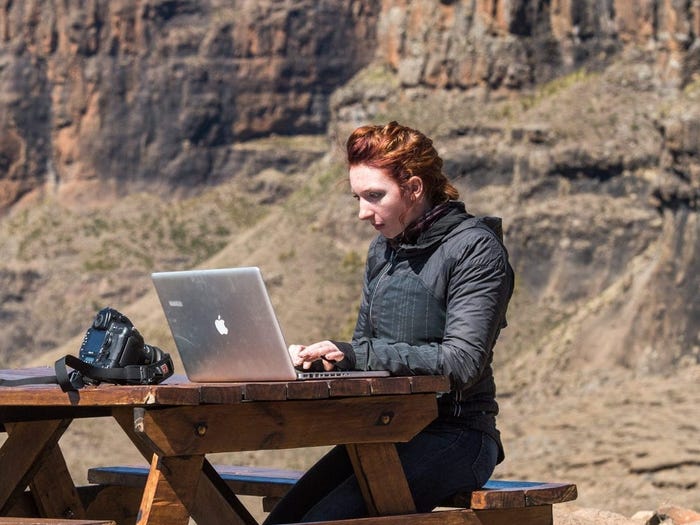